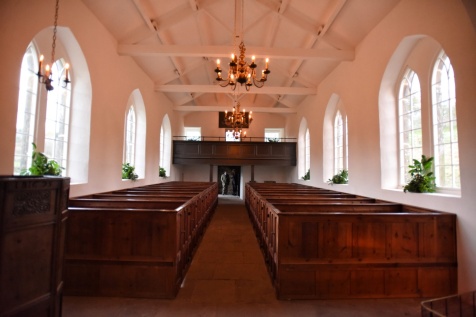 Over twenty years since St Helen’s Church was first moved from its original location in Eston, Middlesbrough, it has reopened to the public in its new home at Beamish.

To get the church ready for the opening, a lot of work had to be done to finish the interior. The vestry, which the vicar and church wardens would have used as their office, had to be furnished with everything one would have expected to find. This included a Georgian bureau from Hamsterley covered in replica paperwork, candlesticks and a capstan ink well and quills. The glazed cabinet in this little room was filled with a collection of 1825 Adam Clarke Bibles,  a pewter mug and a brandy bottle! The whitewash on the walls were given another touch up and a resplendent and newly restored Royal coat of arms was hung above the gallery.   The beautiful box pews that were kindly donated from St Andrew’s Church in Wiveliscombe were being installed by Sid Lee and his tireless team right up to the morning of the opening! 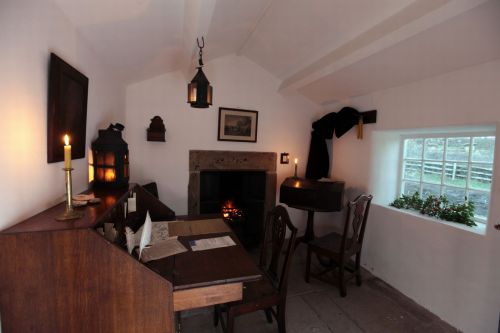 Outside, the remains of Revd Moyle’s 1870s Gothic style window (which was a later addition to the chancel) were laid outside to form a flowerbed. Our contract blacksmith, Andy Basnett, created a wonderful arch, which supports an oil lamp, to go over the main gateway to the church yard. Still to do is to install the whale bone arch at the yard’s rear entrance. The two whale jaw bones from two different whales came from a Lincolnshire museum. St Helen’s did originally have a whale bone arch, which is not surprising given Eston’s close proximity to the coast. 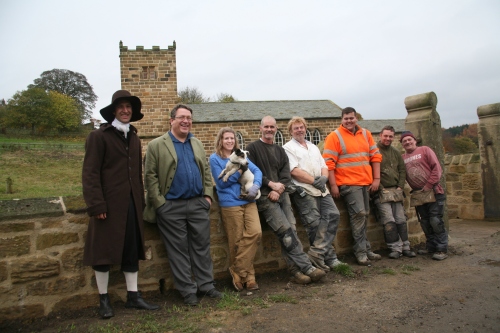 On Saturday 14th a special service was held in St Helen’s for its former parishioners and community members – it was wonderful to see the church come back to life again!