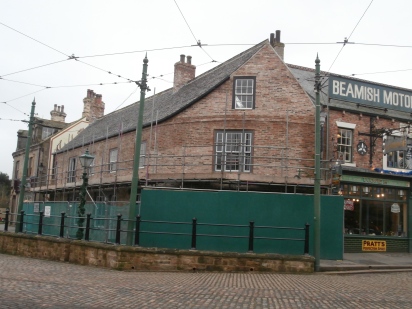 The nearly completed façade of W. Smith’s Chemist and Photographer’s

The scaffold at W. Smith’s Chemist and Photographer’s has been partially dropped, revealing the impressive façade for the first time. 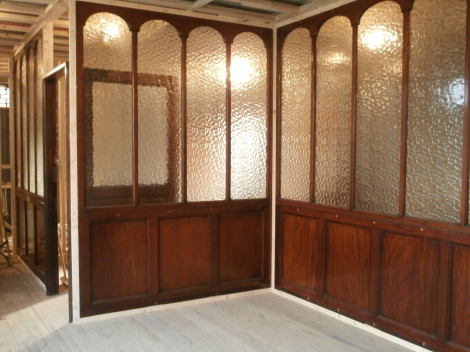 The mahogany panels that will form the divide between the reception and studio in the Photographer’s, and which once re-glazed with fully transparent glass will allow the visitors to see the photographer at work.

Inside, the beautiful mahogany panels in the Photographic Studio are beginning to be installed. And in the Chemist, the wonderful carved column has been put in place. Although not actually structural, it is intended to help to portray the Chemist’s as much older establishment than the other buildings in the street, and hint at the original building on Elvet’s Bridge past as a Georgian inn. 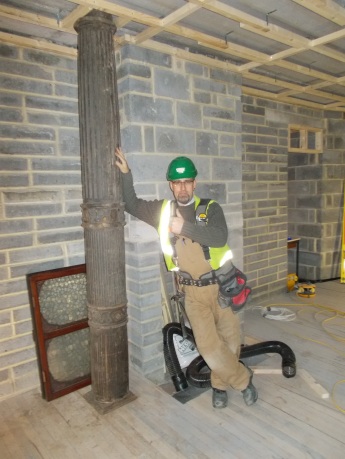 Shaun and the carved column in the Chemist

At the rear of the building Paul, Cos and Kearon are busy constructing the base for the  wooden-framed conservatory, which Shaun and his team will be building. Photographic studios conventionally had a conservatory or large skylight to enable enough light for a good quality exposure. Just like ours will be, this would have been located to side of where the sitters were photographed, with the light coming from the North, to provide a constant, non-glaring light, which was best for taking photographs in. 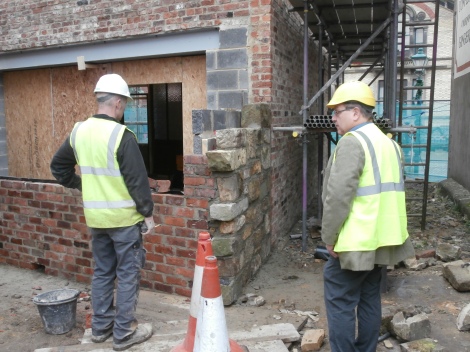 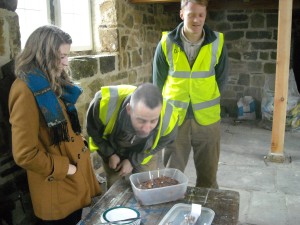 Shaun blowing out his candles!

To celebrate Shaun’s birthday we had a little party this morning in St Helen’s Church. Adding to the occasion was Shaun and Dan’s completion of the installation of the gallery panelling. 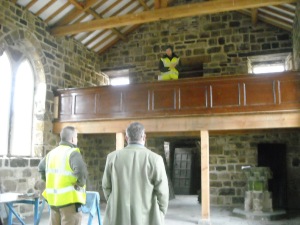 The front panelling of the gallery is now in place.

The first pieces of the Georgian Coaching Inn

Last week we collected some exciting objects – which we intend to incorporate into our, as yet un-designed, Georgian Coaching Inn. 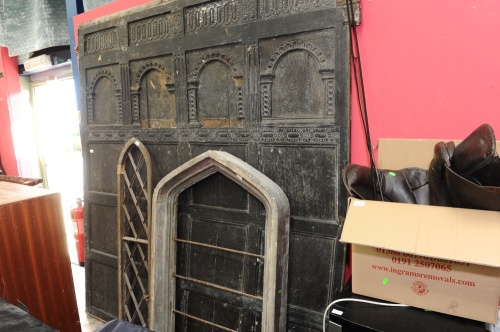 The paneling and windows (photograph by Addisons Auctioneers). 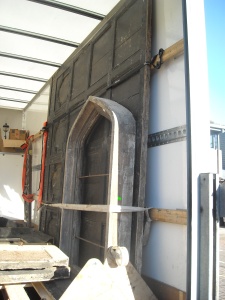 The paneling and windows secured for transportation.

This lovely oak paneling and accompanying window frames were bought at auction.

The paneling dates from the 17th Century, and allegedly originate at Beamish Hall – a nice coincidence we weren’t aware of until we collected it!

The paneling will be careful restored by Shaun and his team, and eventually we’ll create a spot to incorporate it into the Coaching Inn.

On the same journey we also collected a few much more modern objects – some 1950s fire surrounds and metal frame windows. They’ll eventually find their way into some of our 20th Century buildings. 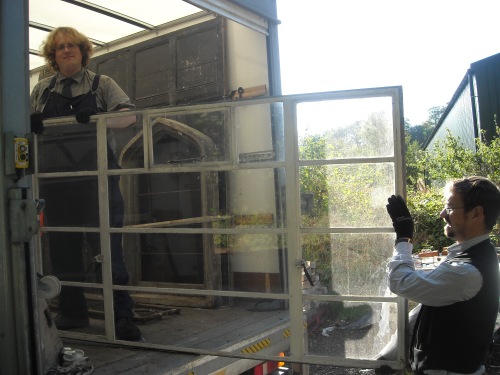 David and Daryl from the collections team help to unload the metal frame windows.

It just goes to shows the variety of buildings we’re working on!